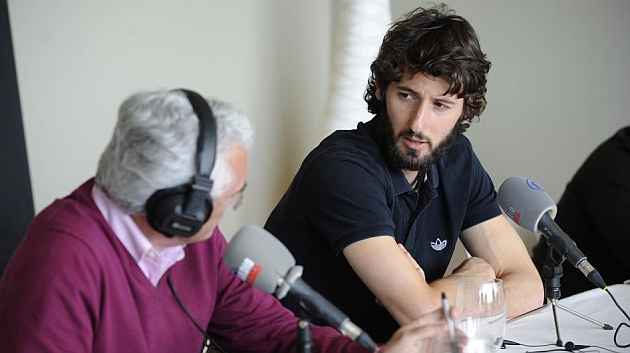 Esteban Granero was featured in a very special edition of Radio Marca’s “Intermedio”, produced at the Radio Marca studios in Donostia.

The Madrid-born player analyzed Real Sociedad’s present form, and revealed he feels greatly identified and fully committed to the team’s current project. He praised the fact that they’re aiming to become one of Spain’s “big clubs”.

Granero also spoke about his own form and assured that he feels better and more comfortable every day, and believes 27 is a great age to be playing football.

The player was also joined in the studio by Real Sociedad Club President Jokin Aperribay.