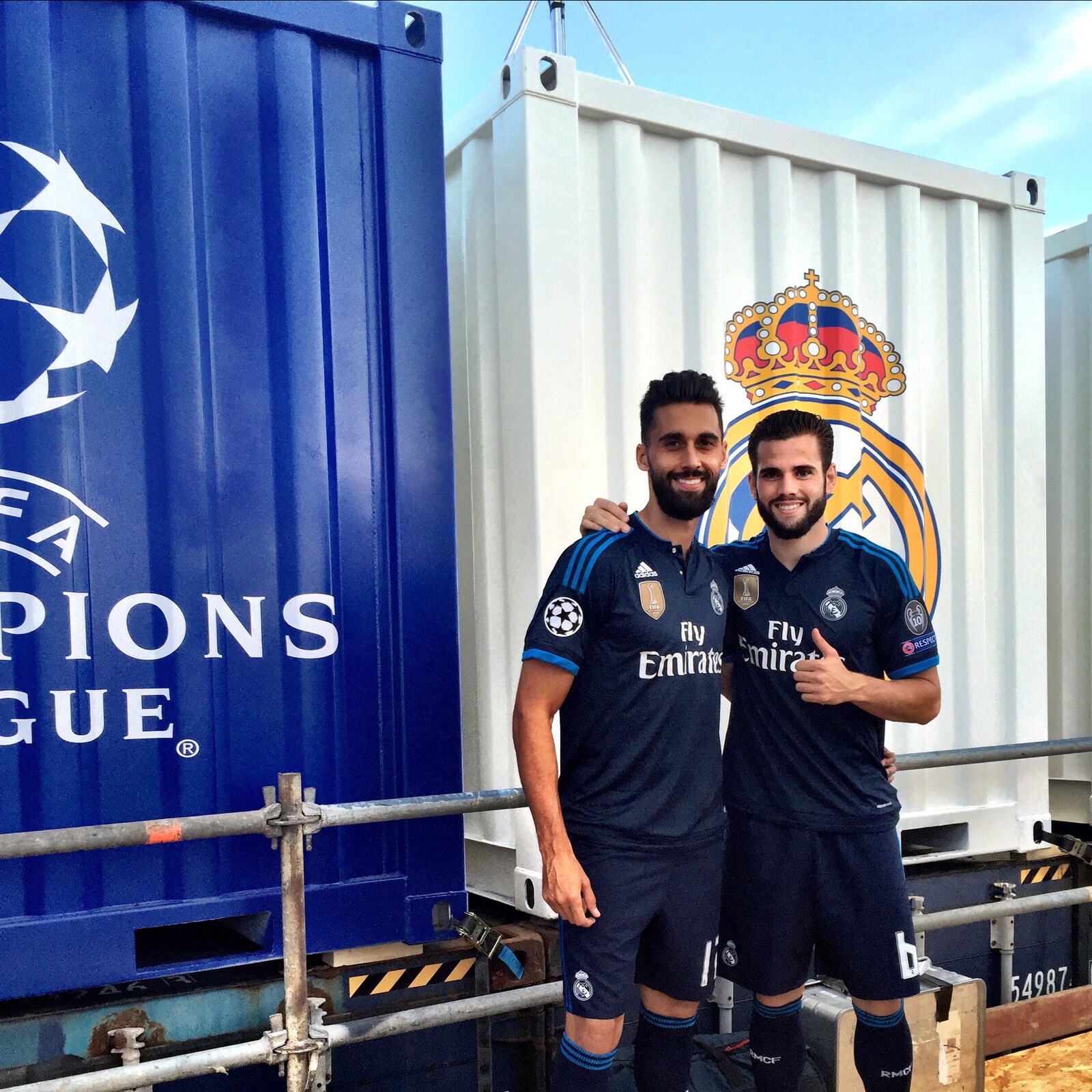 Alvaro Arbeloa took stage center as he was featured in an Adidas act in the city of Marseille (France) to promote the new UEFA Champions League Kits for some of the major European teams that are sponsored by the brand. Nacho Fernandez joined Arbeloa in representation of Real Madrid in the world-class act that took place on the same day as the Champions League Group Stage Draw.

Real Madrid was drawn against Paris Saint-Germain, FC Shakhtar Donetsk and Malmö in Group A and the games are scheduled as follows: