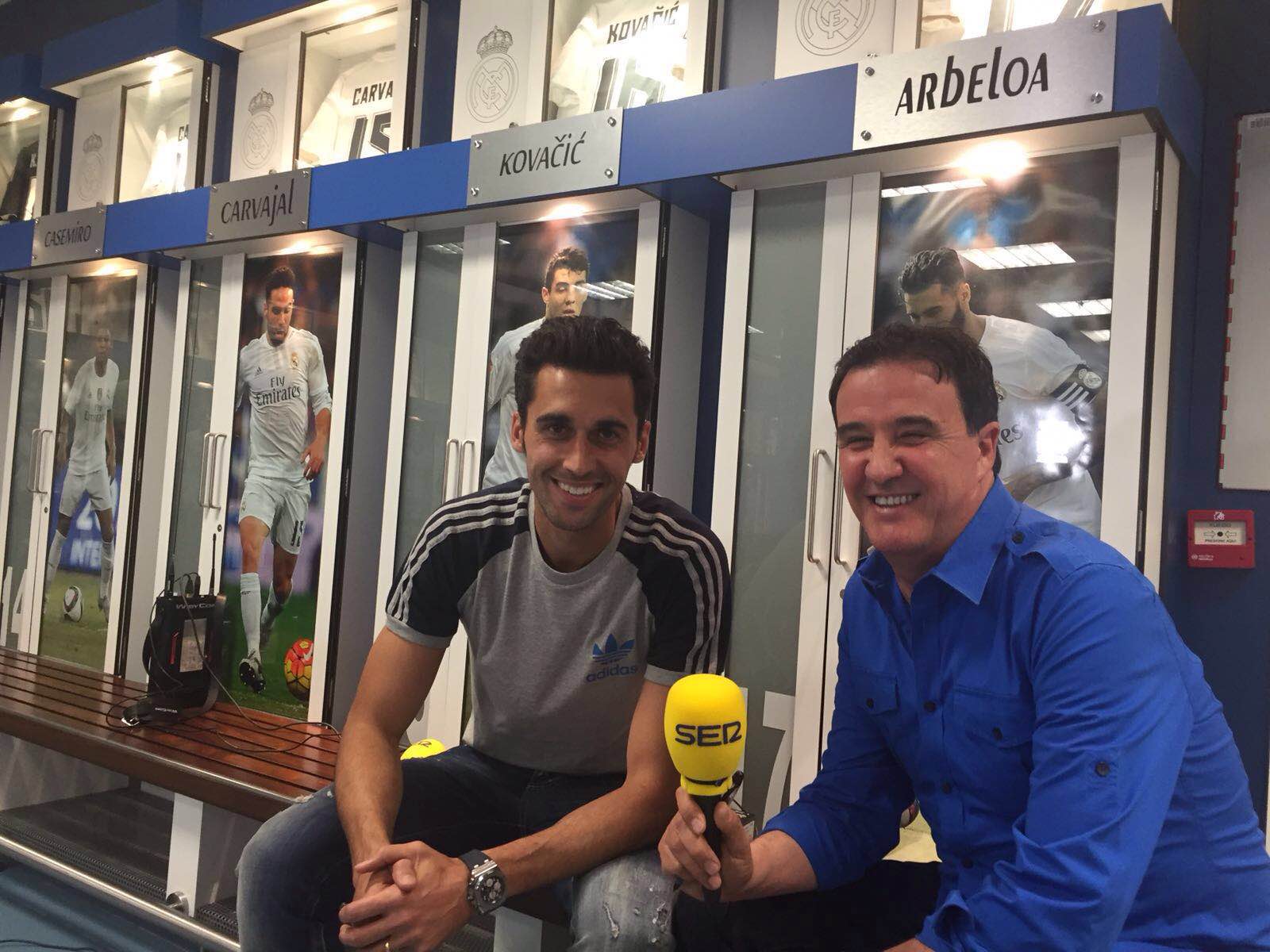 The Larguero’s interview began in the Real Madrid`s locker room. Arbeloa remembered the first day he got there as a player, the day he was assigned one of those prized lockers. They also talked about his dressing habits before each match.

“The League of the hundred points and the subsequent feteday” is his  sweetest moment in that locker room.

From the dugout, Arbeloa remembered his first warm up. “I played with Raúl, I would have preferred a player with whom I had more relationship”, he joked.  He also recalled its debut at the Santiago Bernabéu Stadium, the special matches against Barcelona, ​​his goal against Atlético de Madrid …

Madrid`s defender also talked about his relationship with José Mourinho, praising his technician value “his ethic work, his winning mentality. I was enthralled by his courage”.