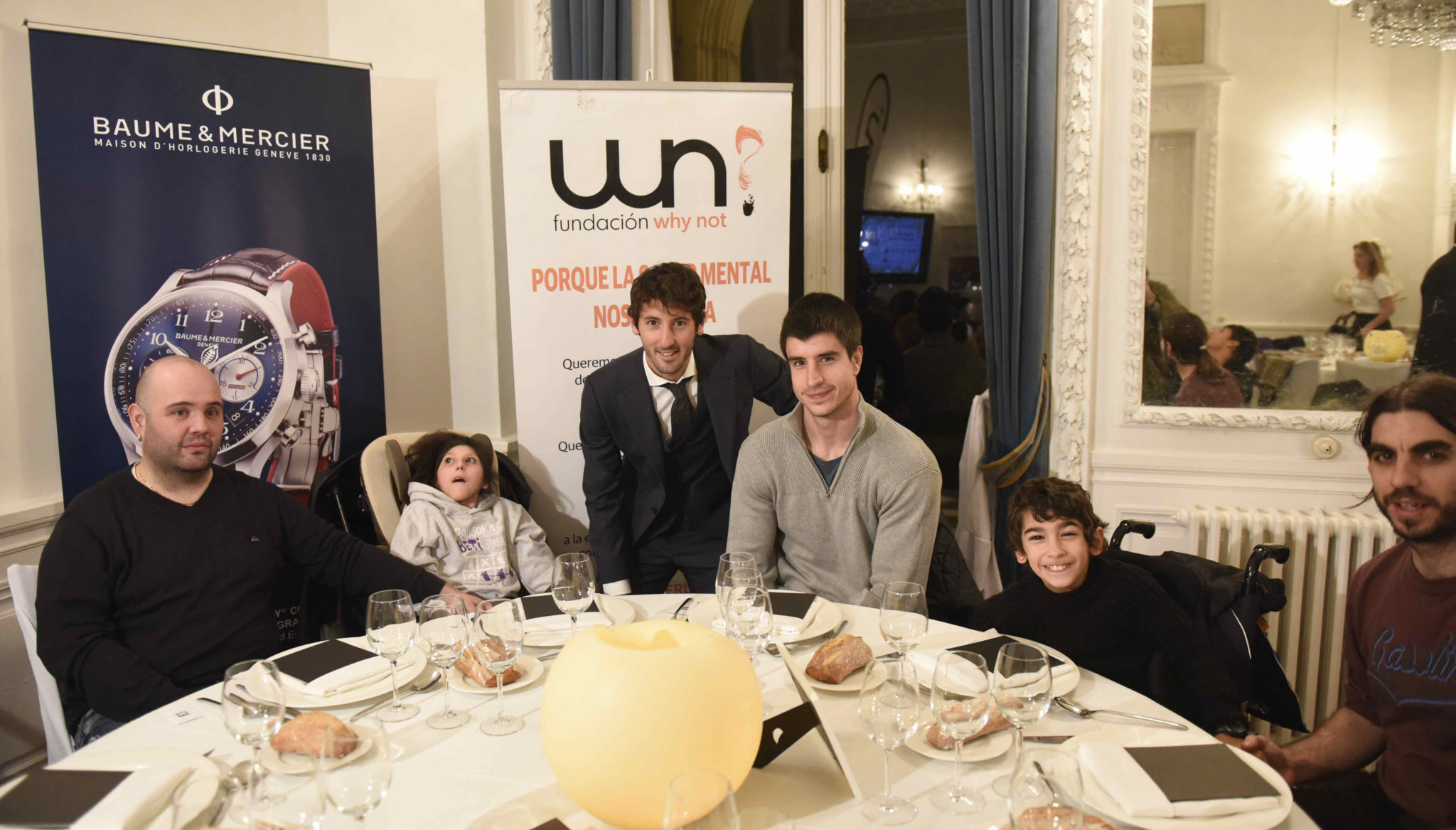 The ‘Cena Pirata’ emerged three years ago as Esteban Granero’s idea to thank the San Sebastian aficionados for the support given to him during the difficult time of his knee injury. During the second edition, the event turned into a fundraiser, which has been the dinner’s true purpose ever since.

On January 4th, Esteban Granero hosted the third edition of his now annual ‘Cena Pirata’, at the Palacio Miramar in San Sebastian.

This year, all the proceeds were donated to the Why Not? Foundation, which focuses on improving the lifestyle of children with mental illnesses. The twenty children that joined the dinner representing the foundation, were the evening’s true protagonists. They enjoyed a night surrounded by their families and by familiar faces of the sports industry, and distinguished members of the local and national society.

Pablo Benegas from the famous band La Oreja de Van Gogh was also amongst the attendees, but the biggest surprise of the night was the presence of Leiva in the Miramar Palace. Granero’s “brother”, as he is referred to by the player himself, was generous enough to donate a vinyl and several of his albums for the auction that took place in benefit of the Why Not? Foundation.

Star sponsors were also there to support this great cause. Baume et Mercier, Real Sociedad, Hello Media Group, Maserati, Adidas, Grupo Bokado, Bengoa, Mill-House Arquitectura all sent executives and friends to join the dinner in representation of their brands.

Dinner was prepared and served by Grupo Bokado, and the menu was as follows: