HÉCTOR HERNÁNDEZ, IN REAL SOCIEDAD UNTIL 2019 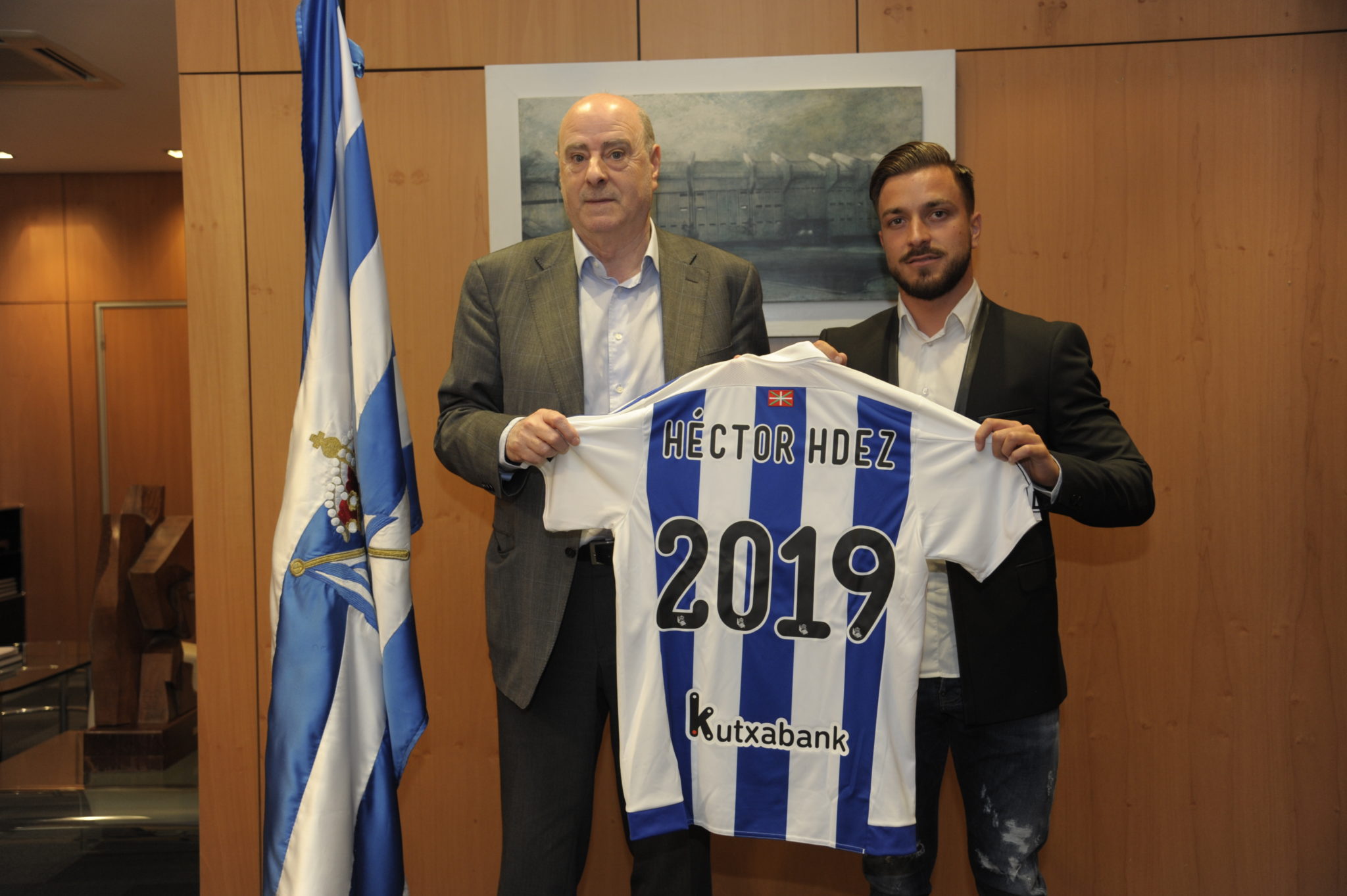 Héctor Hernández and Real Sociedad have reached an agreement for the extension of his contract until 30 June 2019. In this way, the side player extends two years more its relationship with the txuri urdin club.

This afternoon has taken place in Anoeta Stadium the signature of the contract, in front of numerous media. It was attended by Héctor Hernández itself and several representatives of the club; including the Vice President Ángel Oyarzun.

The young defender of 25 years-old was formed in the quarry of Real Valladolid until in 2010 he signed for Real Zaragoza. There, he debuted in the first team as left side back in a game against Real Sociedad.

In 2013, he joined in Real Sociedad’s reserve team. His debut in La Liga with the white and blue first team took place last season in the match against FC Barcelona in Camp Nou.