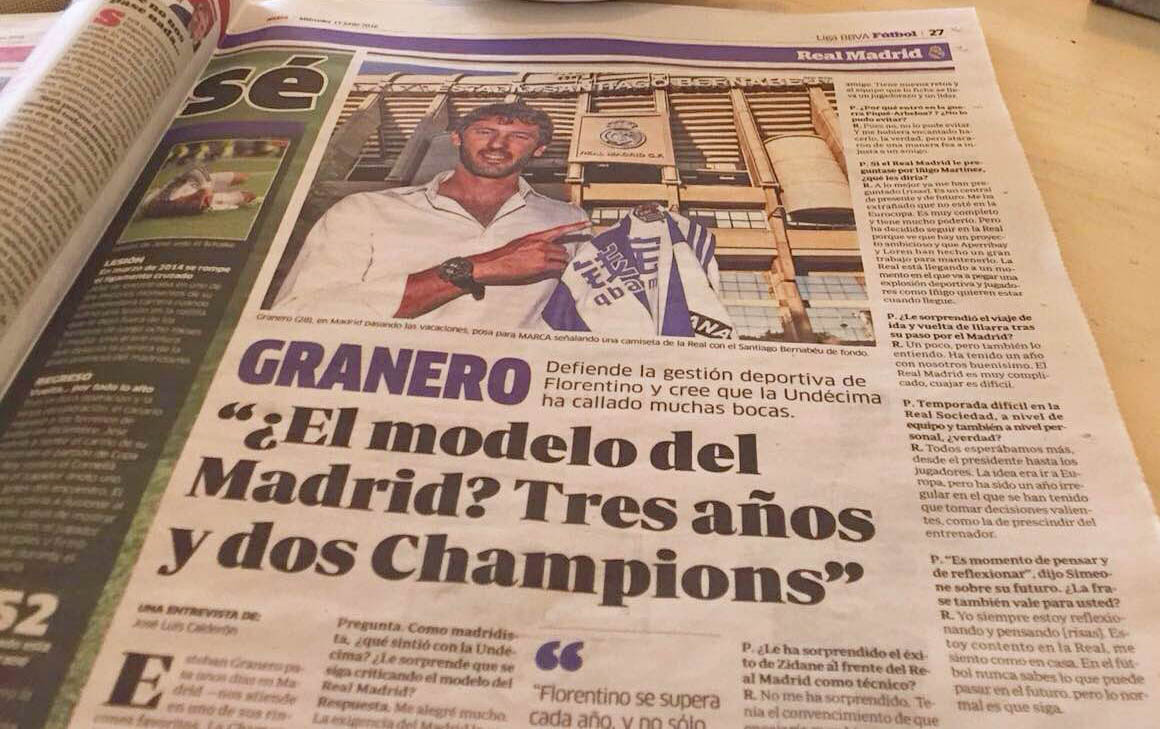 Esteban Granero has given an interview to sports daily Marca, wherein he has analised the track record of Real Madrid in recent years and his current situation as Real Sociedad´s player.

“Impressive” and “spectacular” are the two adjectives used to describe Real Madrid´s management model. The numbers confirm it: “The team has won 2 Champions League titles in the last three years. In my opinion, Real Madrid is playing as well as it is required”.

Zinedine Zidane has given the players the strength they needed to improve their way to play football and thus to win the Undécima: “I was sure that Zidane would be able to manage the team and that’s what has happened. I met him during his time with Mou and it is when I realised he was a close person with deep criterion”. 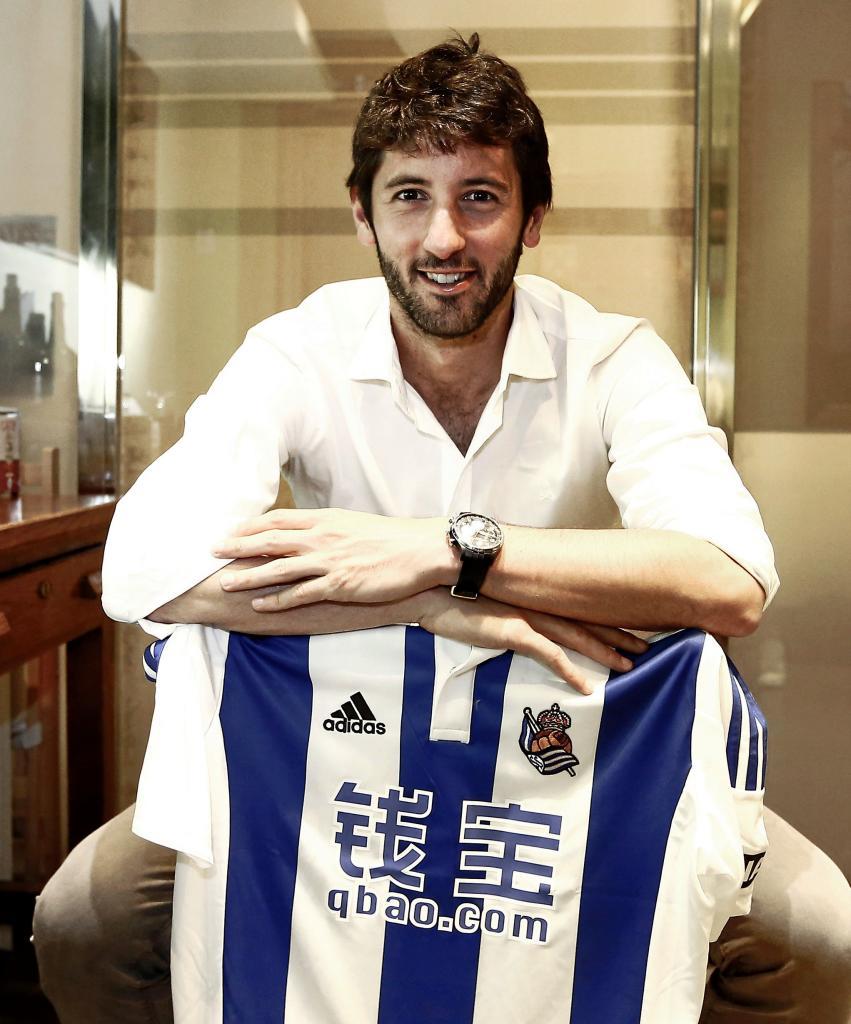 Next season, his friend Álvaro Arbeloa won´t play at Real Madrid: “He has decided to leave the club the way he wanted and when he wanted. Now, he faces new challenges and the club that signs him will have gained an extremely good player and a leader”.