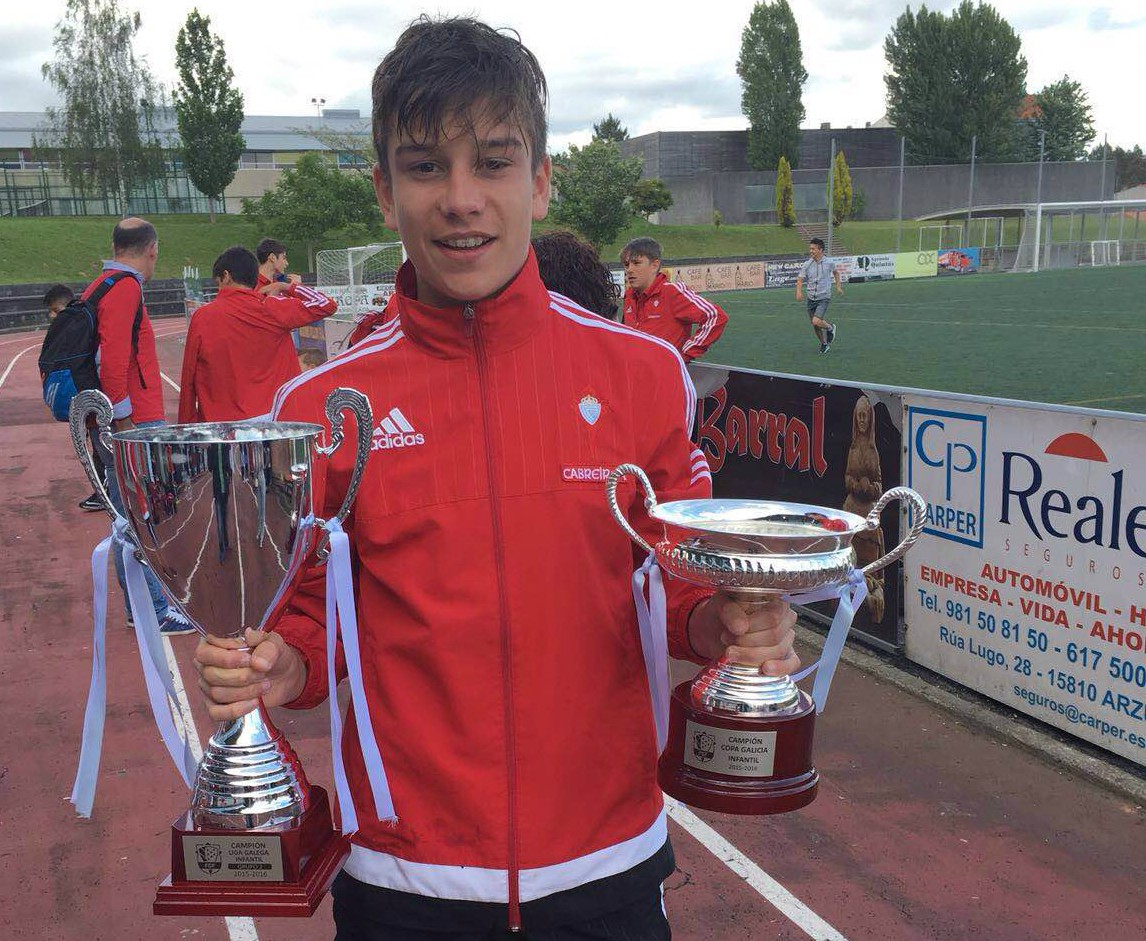 Hugo Sanz Pérez and his team, Celta de Vigo Infantil A, have become Copa Galicia 2016 tournament’s champions. They have clinched the title after winning the final match against ED Xuventude Oroso (2-1).

The young defender has played all the match, which took place in Arzúa village (A Coruña).

This is the second title Celta de Vigo Infantil A wins this season. Some weeks before, the team became the champions of the 2nd Group of Liga Gallega Infantil 2015-2016.

Mohammed Dauda has joined to Best Of You
April 19, 2022
Search
Más noticias