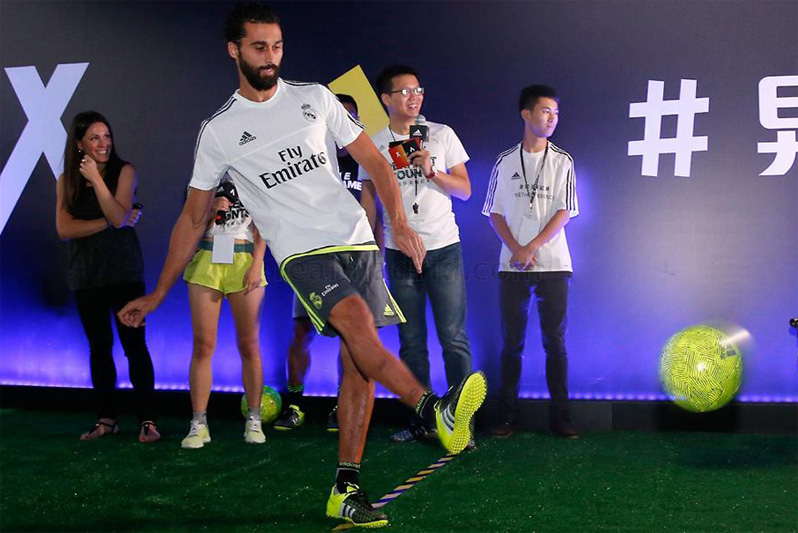 Arbeloa Featured in Adidas Marketing Event in Shanghai Alvaro Arbeloa joined Real Madrid teammates Karim Benzema, Gareth Bale, James Rodriguez and Lucas Silva in a special marketing event sponsored by Adidas in Shanghai. The event took place in one of the Pavilions that was used for Expo Shanghai 2010, and during the act, the players handed out awards, took free kicks, played jury to a freestyle tournament and, all in all, were seen very close to the attending public.