XABI ALONSO GRACES THE COVER OF “THE FIFA WEEKLY” 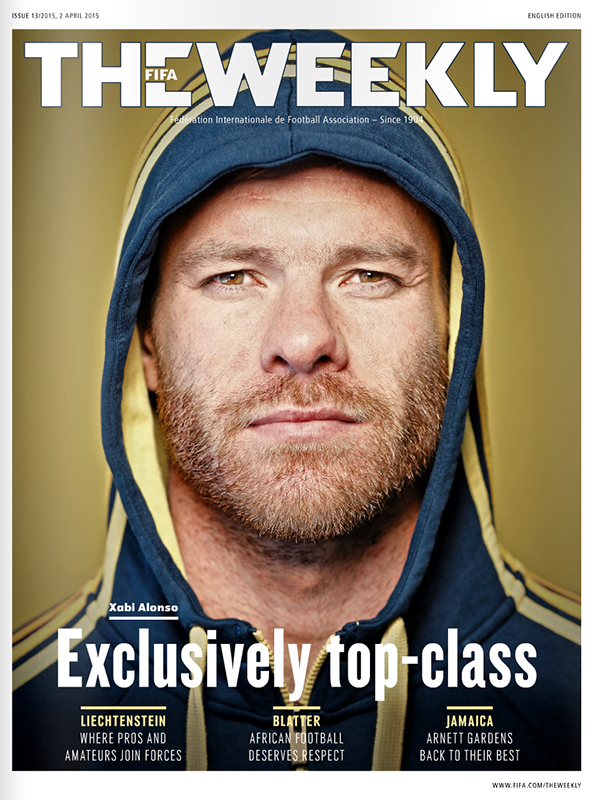 FIFA’s official weekly magazine, The FIFA weekly, featured Bayern Munich’s Xabi Alonso on its cover for the April 2nd edition of the publication.

The cover story, which give Xabi the superb title of “The Director”, draws out for eight pages in which the Basque player reviews his entire career up to his arrival at the German outfit. He also opened up about the process of adapting to his new club, his relationship with former Barcelona coach, Pep Guardiola, and the rest of his teammates, as well as sharing details about his personal life concerning the move to a new city and having to learn a new language.