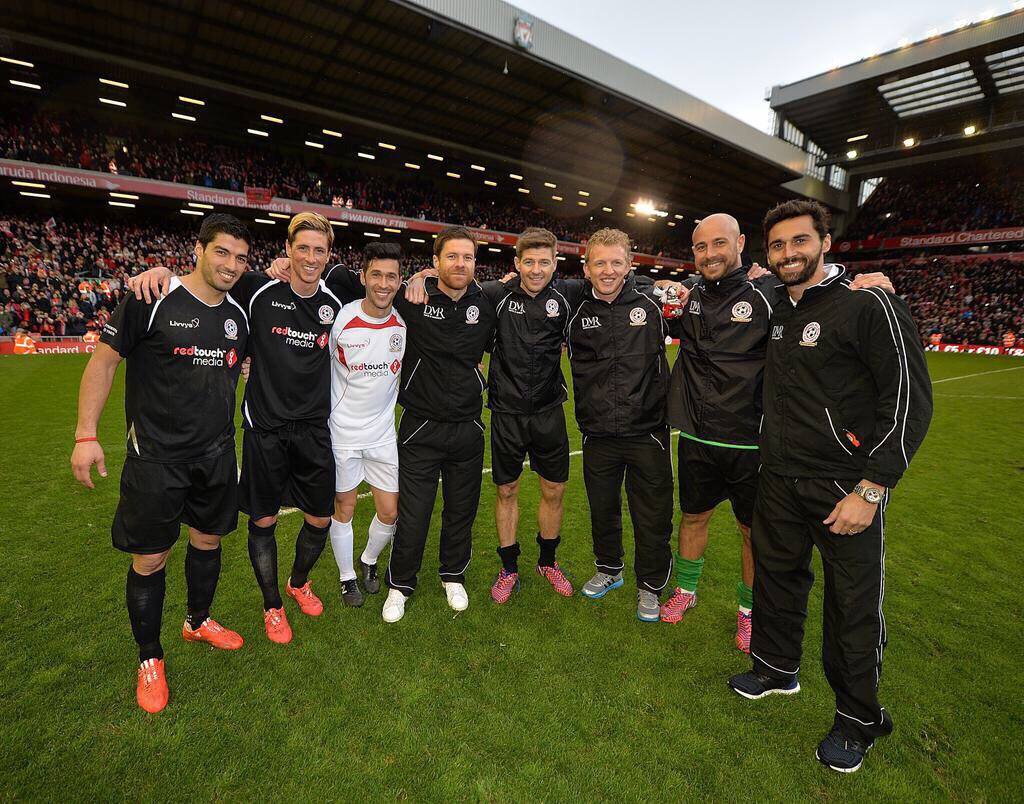 This past 29th of March, Xabi Alonso and Alvaro Arbeloa sealed a joint return to Anfield as they both appeared in Liverpool FC’s All Star Charity Match. The game took place in order to raise fund for the club’s foundation.

Steven Gerrard and Jamie Carragher each captained a separate side, as Alonso featured for Stevie and Arbeloa took to Carragher’s XI. The match ended in a 2-2 draw, but having served the greater purpose of raising the estimated funds and having reunited many of the club’s contemporary legends who are now retired or playing abroad.

Furthermore, Arbeloa took advantage of the opportunity to deliver a present to Steven Gerrard on behalf of Real Madrid, which acknowledges his exemplary career in Liverpool, as he moves to Los Angeles Galaxy at the end of the season.