ÁLVARO ARBELOA HAS WON EVERYTHING WITH REAL MADRID 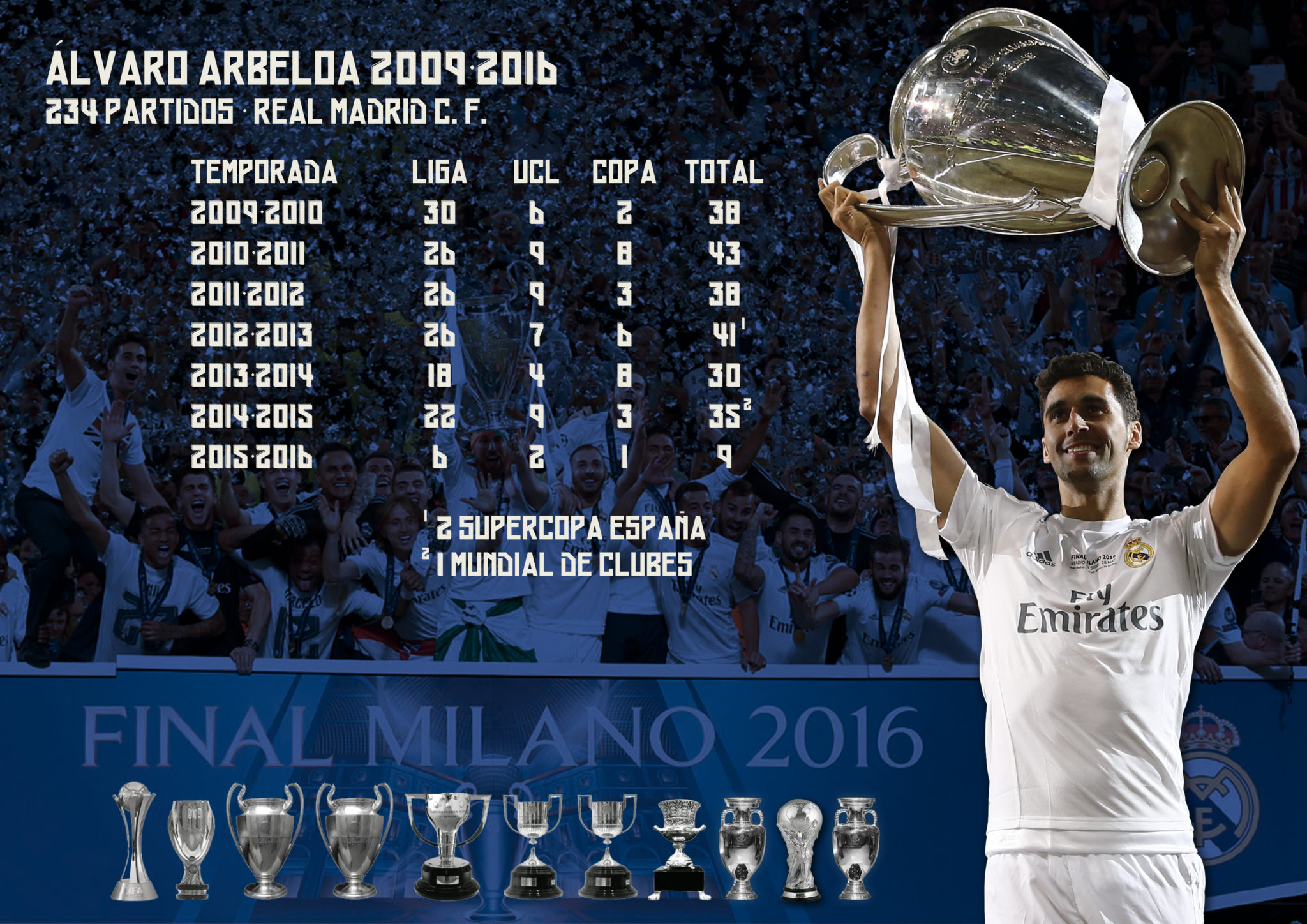 After having played during the last 7 years as Real Madrid player, Álvaro Arbeloa has won every possible title: 2 Champions League, 1 Liga, 1 Copa del Rey, 1 Spanish Super Cup, 1 Club World Cup and 1 European Super Cup. Trophies that are not within every player´s reach.

He came back to Real Madrid in 2009, after having played with Liverpool the last two seasons. He played with the reds and scored two goals.

Arbeloa faced with enthusiasm, consistence, ambition and hard work his second chance at Real Madrid. As as result of that, he received a standing ovation last may by Santiago Bernabeu.

Liga and Copa to start

The first great moment he reminds was in April 2011. Real Madrid played against Barcelona the final of Copa del Rey. The white team won the match due to Cristiano Ronaldo´s goal with the head and, consequently, clinched this title 18 years after. That was the first of many trophies Arbeloa would win with the squad.

Next season, 2010-11, will always be remembered as record. Supported by José Mourinho, Arbeloa played 43 matches (26 in La Liga, 9 in UCL and 8 in Copa del Rey). His work helped the team to win the Liga called “La Liga de los 100 puntos”, as Real Madrid reached a hundred points once the competition ended. No team had got it before.

In the summer of 2012, the white club became the winner of the Spanish Super Cup, after beating Barcelona in two-game final.

Arbeloa recently gave an interview to ABC wherein he explained that “Real Madrid´s reason to live is the Champions League. We are the team that more European Cups has won. It is in our DNA”.

Some of his best performances have precisely taken place in Champions League. Many National Media stated that the match Arbeloa played against Galatasaray in November 2013 was one of the brightest of his career.

Real Madrid faced most of the game at a numerical disadvantage and Arbeloa was the one that managed to carry the team on his back. He scored a goal and set up a goal for another teammate. The final score was 4-1. 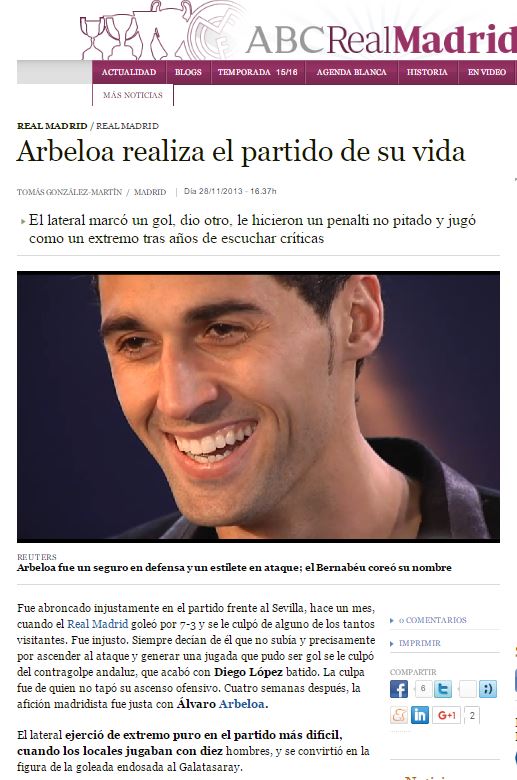 The same season (2013-14) Real Madrid got the Copa del Rey and “La Décima”. The final of Copa del Rey took place on 16 of April 2014. The white club managed to beat Barcelona 1-2. Arbeloa was responsible of one of the most beautiful anecdotes of the night. He wore a t-shirt with the name of Jesé Rodríguez in the back. He did it so as to cheer the canarian player, seriously injured. 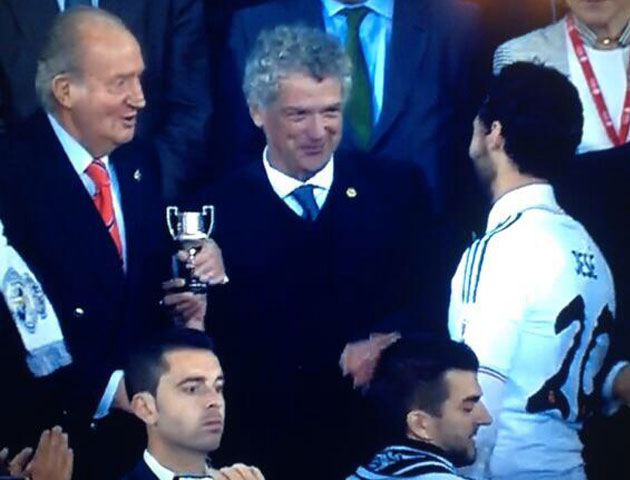 One month later they clinched their tenth European Cup title, “La Décima”. They finally won the match 4-1, after playing extra-time. This was the first of the two European Cup titles he has won with Real Madrid. He will always look back on it fondly.

These triumphs were followed by another two in 2014: European Super Cup title (2-0 over Sevilla) and Club World Cup title (2-0 against San Lorenzo), this latter the only missing trophy in his professional career. Arbeloa showed his happiness through Social Networks: “This is the only title I had not achieved before. Now I can say that I have won everything with Real Madrid”.

The Undécima, the final culmination

Many times to desire something means the same as to reach it and that’s what happened to Arbeloa with the Undécima. Days before the final of Champions League, the player explained his desire to say goodbye to the club after winning the European Cup title: “It would be the pinnacle of my professional career. Finally it became true and the right defender could say goodbye to Real Madrid leaving it at the top of Europe. “There is no better way to leave the club”, said to Real Madrid TV. 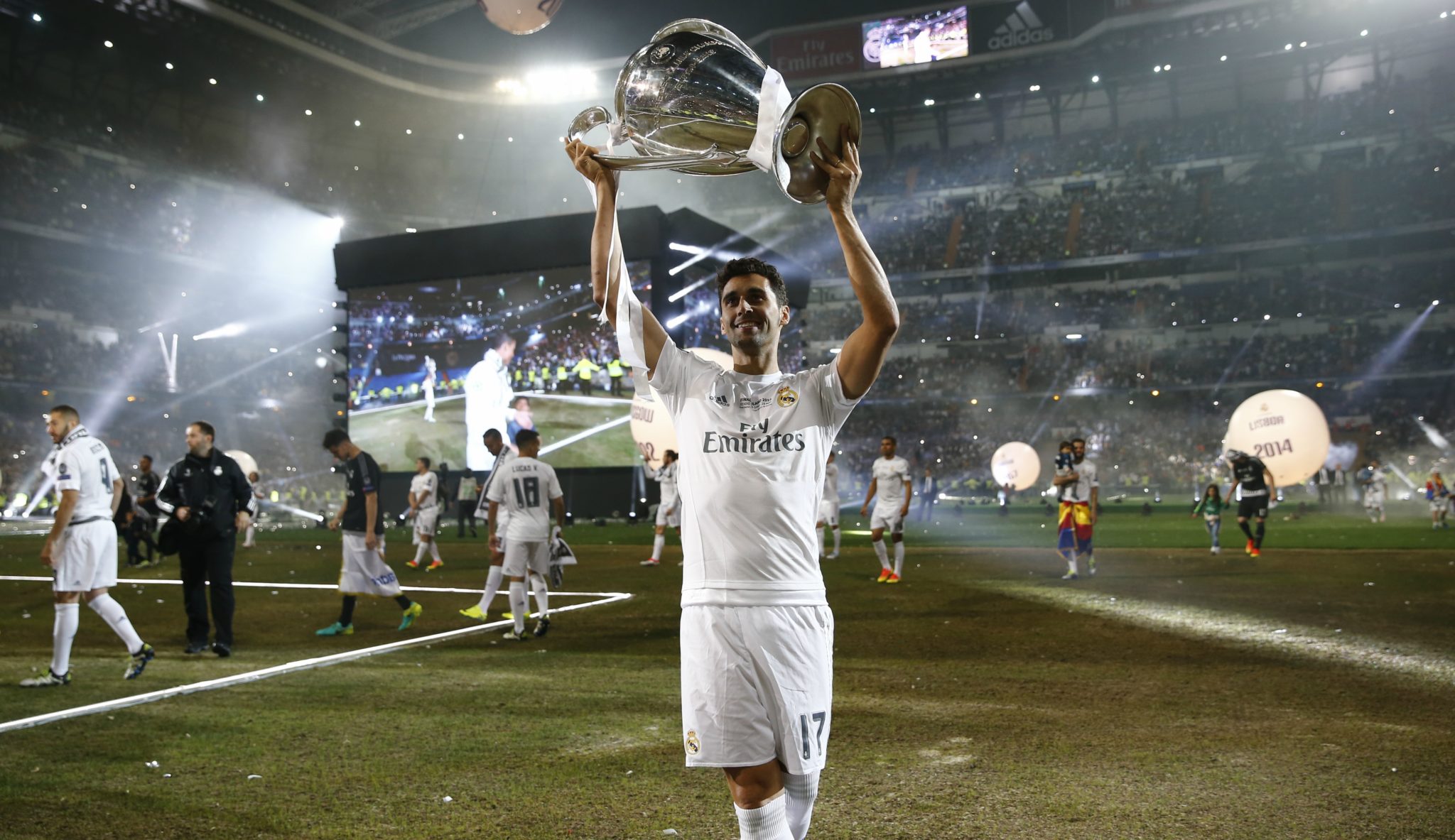 The celebrations went on two days. The final party took place at Santiago Bernabeu, where Arbeloa showed again his most humane side. When his name was announced by the speaker, he took the field and started weaving fans wearing Real Madrid´s t-shirt with the name of Cheryshev in the back. We should remember that the club was eliminated from Copa del Rey because of the incorrect alignment of the Spanish–Russian midfielder. Arbeloa wanted this way to show him his support.

Some days later, it was Arbeloa´s turn to say goodbye to his teammates and to Ciudad Real Madrid.

A milestone with the National team

His professional career has been influenced as well by the Spanish team. He has had the chance to experience the golden age in the history of the national football.