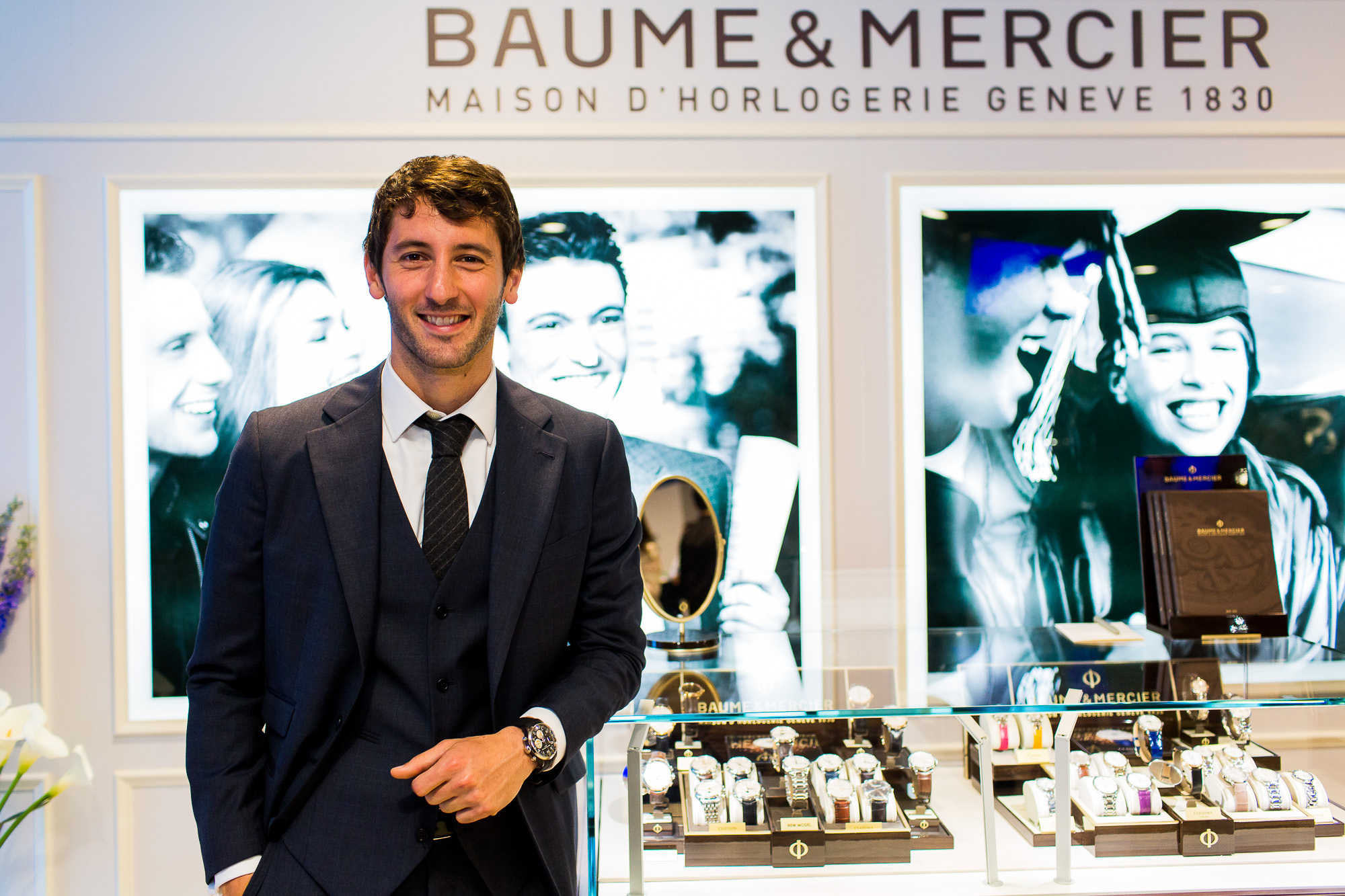 Esteban Granero and Baume & Mercier, Swiss watch brand, have signed a new collaboration agreement. Both parts announced it in a event that took place in Durán jewellery located in Goya street in Madrid.

Real Sociedad´s player was gifted with an elegant clock by Alain Zimmermann, CEO of Baume & Mercier, and Karine Janson and Carine Jung, Spanish representatives of the brand. BeIN SPORTS tv channel was in charge of filming the clock´s delivery and interviewing the midfielder.

Baume & Mercier has chosen Esteban Granero as its Spanish friend due to his renowned philanthropic character and his competitive spirit of improvement. He has been in the football elite alternating the Spanish League with the English Premier League, and having played more than 100 football matches with Real Madrid.

For the last three years, Granero has organized the charity pirate dinner in San Sebastián -Basque Country- whose funds are allocated to charities. During 2016, Baume & Mercier collaborated in the pirate dinner and was impressed by his enthusiasm, reason why they decided to continue collaborating with the player.27