XABI ALONSO, ON 360º PRESS CONFERENCE: “IT IS NICE TO SEE HOW SOCCER IS RISING IN THE USA” 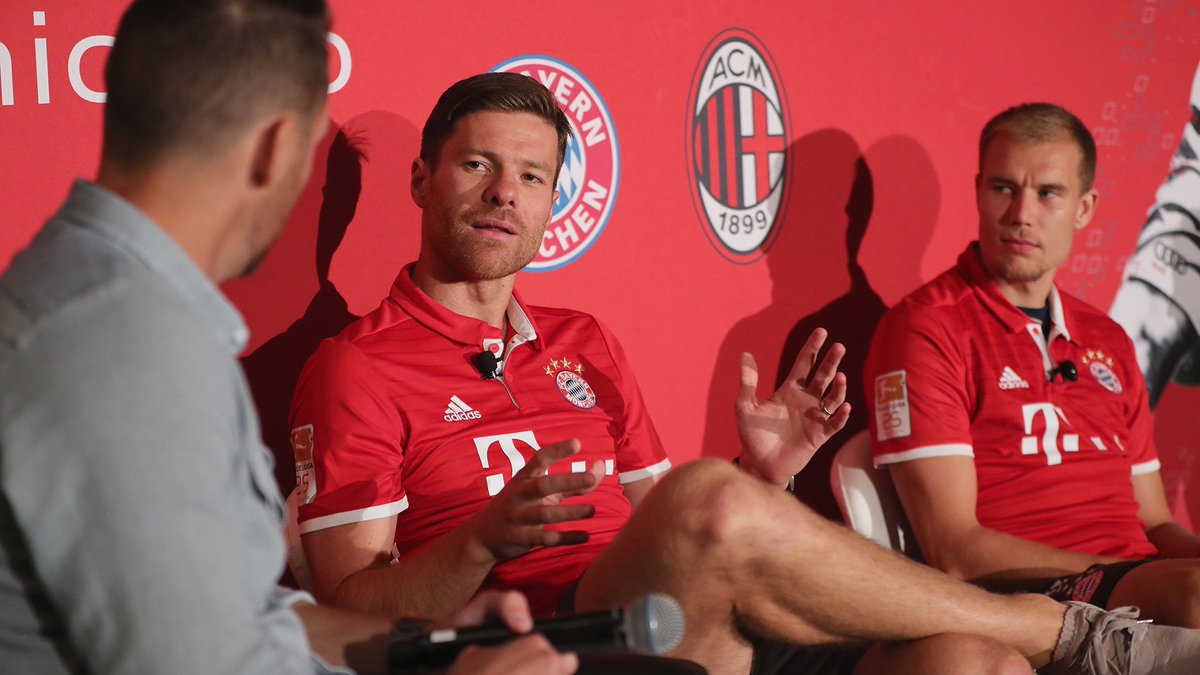 Xabi Alonso has given a 360º press conference in Chicago accompanied by his teammate Holger Badstuber and two players of AC Milan.

The midfielder, touring US with Bayern Munich, has spoken about the increasing interest in soccer in US: “There are many fans that, through media, follow our trainings and games. It is nice to see how soccer is rising in the US”.

Concerning local championship, Alonso states that “people could think its level is lower than European ones, but Steven Gerrard told me that it is really demanding. Here the teams are strong, physically well prepared”.

Asked about the effects of new technologies in soccer, the players has confessed that “it is an important fact, they have changed soccer in many terms. He has added (smiling): “All your movements are controlled by GPS, there is no time to relax when training”.